Special Assistant to the CEO

Sometimes the right role comes as a consequence of long hours dedicated to research, networking, and soul-searching. At other times, the stars simply align – and the wise person’s job is to recognize it.

“It was entirely serendipitous,” Michael says. “I intended to work in community development and I wanted a chance to go back home to Detroit.” The Kresge Foundation offered both, and it had a history of hiring Leadership Fellows in the past. “Their scope of work, especially in Detroit, was aligned with my interests. I knew it would be quite strategic for me, given their network, their connections, and the role they play in the city.”

For Michael, effective development work is “defined as a means of investment in real estate and business, especially in commercial contexts, like retail. The question is: how do you create sustainable, equitable, and beautiful communities? Being community oriented should include some aspect of social equity and community engagement. And still be a profitable business.”

“We’re still deciding what projects I’ll work on,” Michael says. But his formal title is, Special Assistant to the CEO, and the general structure of his assignment has two dimensions. “Half of the role will be dedicated to special projects assigned by the CEO or the VP of Strategy and Programming around investment strategy for the foundation, plus some organizational/operational development for Kresge.”

The other half remains “open and flexible,” says Michael. “I’ll have the opportunity to sort out interesting projects across the organization. Right now, I’m interested in interacting with the social investments team as well as the Detroit Program [a public/private collaboration] and the American Cities Practice [an inclusive community development practice].”

“Part of my going to HBS was to strengthen my aptitude to do community and economic development work at greater scale,” Michael says. Anticipating the fellowship year ahead, he hopes to “make headway on innovative new investment opportunities or strategies which will further Kresge’s mission.” On a more personal note, he wants to “gain more satisfaction regarding connections made and knowledge gained in the development landscape of Detroit and cities like it. I was born and raised in Detroit. I see this a great jump-off point for a career in development with a social consciousness.” 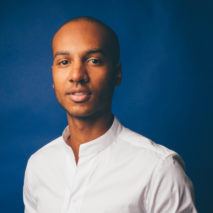