Making a difference in the world, as cliché as it sounds, is a fundamental value that drives my career. My father practiced traditional oriental medicine where there is no separation between the mind, body or spirit. He taught me to view life holistically, rather than compartmentalizing what I do for work from my values. I worked in finance, marketing and economic development (microfinance) before coming to HBS - from a desire to both explore as well as figure out how I could best contribute to the world. From early on, I have had a strong interest in emerging markets and economic development, stemming from both a desire to have an impact as well as a natural curiosity about people, history, culture, and how they all relate.

I know some people don't think of social enterprise as an immediate opportunity out of business school-they think along the traditional linear path: learn, earn, and return. And there's a separation in their minds between the public and private sectors. But more and more you see career paths moving back-and-forth between the commercial and social, public and private. At a place like Endeavor, an NGO that works with highly-scalable commercial enterprises, we're blending traditional models of philanthropy with business. As for the team, most are young and dynamic and come from the private sector. They feel no need to delay doing something with social impact while they are in their prime.

Endeavor employs about 350 people worldwide. I've been with the organization since 2005 when I joined as an HBS Leadership Fellow, and since then I've launched country offices for Endeavor in more than a half dozen countries. For a number of years I was focused on expanding the organization's presence in the Middle East & North Africa. I now head up Endeavor's operations and expansion efforts in the Asia-Pacific region. In 2011, I moved to Singapore to better manage our growth in this region. It has been an exciting move.

How I think about Impact has evolved over the years, from my time working in microfinance to my current work with high-growth entrepreneurs. Is it socially impactful to support charities or social enterprises that have no path to scalability? Does creating middle-class jobs count less towards social impact than financing micro-entrepreneurs that typically never create any employment beyond the borrower? I think the separation between economic impact and social impact is a false one - it goes both ways.

I remember discussing these types of questions in one of my first-year courses at HBS. That was several years ago. The thinking has evolved since then. Social impact for me is including a human angle when making decisions. It's a value system. In a business context it means considering your impact in the context of the whole - your environment, your customers, your employees - and not narrowly defining it in financial terms only.

HBS was where I first had a chance to debate these questions. And I've lived them ever since, working in the social enterprise/NGO sector since graduation.

Having studied at HBS and connected with people from a diversity of backgrounds and industry experiences, I think I bring that context & richness to the social enterprise sector. I believe they're particularly valuable now, as the sector is going through a lot of dynamic changes and is looking for voices from all sides. 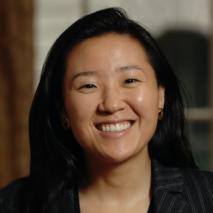