Gerald Chertavian (MBA 1992) realized what he wanted to do with his life when he was just 21 years old. Having volunteered as a Big Brother while working at Chemical Bank in New York City, he saw firsthand the need for a program that would bridge the gap between urban youth and the growing demand for skilled, entry-level labor. When he came to HBS, he had a vision in his head that would not quit: “I was fanatical,” he recalls. “All I thought about was enabling young people to go from poverty to a professional career in one year.”

That vision became reality in 2000, when Chertavian founded Year Up. With 15 U.S. cities and counting, Year Up seeks to help young urban adults reach their full potential through a one-year program that provides hands-on IT and professional skills development, college credits, and corporate internships with companies such as Bank of America, Microsoft, and American Express. Within four months of completing the program, 85 percent of graduates (who now number over 5,000) are employed or attending college, earning an average of $32,000 per year.

“The reason we’ve grown is because those young adults are economic assets, not liabilities,” says Chertavian, who also sits on the Social Enterprise Initiative’s Advisory Board. “Our country needs to embrace the fact that if we’re going to have a globally competitive economy, we must engage every one of our citizens.”

In other words, Year Up’s model (the subject of an HBS case) depends not on charity but on the reality that its participants are contributing meaningful skills in the workplace. “In my mind, the progress that we see today in social entrepreneurship is the next step in the civil rights movement,” Chertavian says. “The alliances among private, public, and nonprofit sectors are fundamentally different than in the past—it’s almost a new social contract that’s being developed around solving some of our most pressing challenges.” Having found his life’s purpose, Chertavian is making a significant contribution to being part of that transformative change. 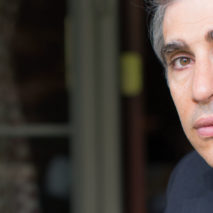