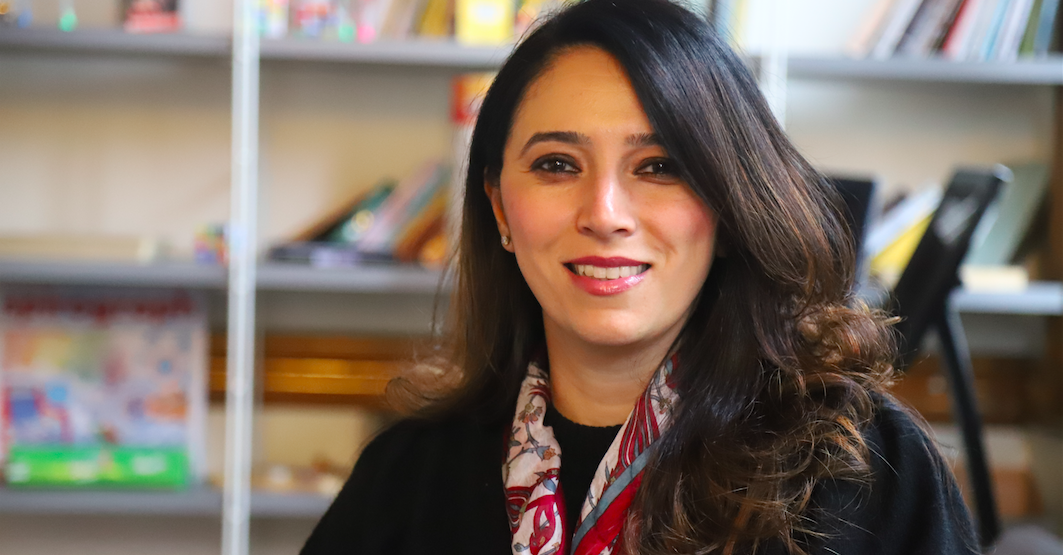 Lina Sergie Attar is founder and CEO of Karam Foundation, dedicated to helping young Syrian refugees on pathways to leadership. An architect and writer from Aleppo, Lina founded Karam Foundation in 2007, and sought to expand her nonprofit CEO toolbox by attending the Strategic Perspectives in Nonprofit Management (SPNM) Executive Education program at Harvard Business School. In the post below, she discusses her experience in the program.

Look around, look around at how lucky we are to be alive right now. — Hamilton: An American Musical

This line stuck in my head, playing over and over as the song looped on a Sunday afternoon last summer. I was sitting in the impressive, light-filled Klarman Hall along with 160 nonprofit leaders from around the world, waiting for our one-week executive program—Strategic Perspectives in Nonprofit Management (SPNM)—to begin. Each person in the auditorium had dedicated their professional lives to tackling the most pressing issues of our time (poverty, access to healthcare and education, climate change, gun violence, immigration, refugees, mass incarceration, etc.) in the most challenging environments.

At Karam Foundation, our team works to deliver life-affirming, community-driven, and innovative programs to vulnerable Syrian refugees. As the almost 9-year-old war in Syria grinds on, the scale of the crisis is massive — hundreds of thousands of people have been killed and over 10 million more have been displaced. At Karam, we know all too well that our vital work is still only a drop within a massive sea of need. I predicted that many people around me in the auditorium felt the same about their mission.

According to many experts (and our Hamilton song), we are living during the best time of humanity — even though it doesn’t usually look like it from the point of view of war zones, disaster zones, impoverished communities, etc. If my colleagues-to-be were anything like me, they were worn out, stressed out, and close to burnt out. Not feeling that lucky at all. And yet, here we were at Harvard Business School to learn how to be better leaders so we could do more good in more efficient and impactful ways.

At our Karam Houses in Turkey, hundreds of Syrian refugee teens access innovative education programs that expand their perspective on what is possible for their futures. Teenage girls like Batoul and her sister want to work at NASA. Another refugee teen, Mohamad, wants to be a mechanical engineer. Hundreds more have similar dreams. The refugee communities we serve, especially the youth, possess endless potential to contribute to the world. We provide them with the tools and opportunities to make these impactful futures a reality. As such, I spend a lot of my time thinking about leaders and leadership. How do you actually build a leader? And what do you define as leadership skills? And how do you teach a team to build leaders?

The week at SPNM unfolded as a series of well-orchestrated events designed to teach leadership through the cases we studied and by example. As we dug into each case, dissecting and discussing real organizations at pivotal moments of crisis or transformation, we absorbed fundamentals like building successful teams and a work culture that works; innovating operations; and most importantly, leading with accountability and integrity. Outside of the cases, we practiced these fundamentals through our close collaboration with our living groups (Hi, SPNM56!). Each small team — with its individuals’ varied skills and experiences — formed a strong core that contributed advice, peer support, and camaraderie.

Leadership was also practiced by the SPNM team daily, whether it was the lesson of “Motivate Your Team” by engaging the class throughout the entire lecture (dramatically utilizing the stairs to literally set the pace for discussions and orchestrating the triple-layered blackboards were especially special talents.) or the “Be Prepared” lesson that we examined repeatedly. One day I walked into class 45 minutes early. Our professor, Dutch Leonard, had already arranged 15 pages of handwritten notes in a grid on the table. I snuck a peek and saw that he had diagrammed the entire session, which I know he must have taught dozens of times. Still, he was treating it like it was the first time. I think about that grid of notes every time I’m tempted to “wing” anything now.

It’s easy to understand conceptually how important the lesson “Be Humble” is, especially when problems of overinflated egos and out-of-touch executives often plagued the organizations we studied in class. However, witnessing it in practice is unforgettable. On Saturday morning, our last day of the course, Professor Kash Rangan (and SPNM’s founder) led our final case: The Aravind Eye Hospital in India. It was a spectacular discussion filled with passion, energy, and insight. At the end when Dutch thanked him and our class stood up, clapping in recognition, he could barely stand still enough to take in the praise. A quick wave and he was off to his office to prepare for Monday’s cases.

After that, Dutch closed with a true “Practice Courage” moment. He urged us to fully live our mission while also acknowledging that making meaningful and scalable impact in the world was hard. Almost impossibly hard. Dutch compared this undertaking to building a road to the sun.

As I write this post, the war in Syria continues, killing hundreds and displacing thousands more people with no end in sight. The global humanitarian and social crises, that my fellow SPNM classmates face, are growing . And yet, something drives us to action. People are fighting to save our planet, marching for equal rights, and demanding to live in freedom and dignity. And at Karam Foundation, we show up to work ready to invest in young refugee lives so they can build a better future for themselves and their communities.

There’s No Excuse Not to Be Excellent

SPNM was a crash course in leadership. I’ve spent time reflecting on the cases we studied, but more frequently, I think about the experience itself. It stands as an example of the excellence that we are responsible to embody, both for our own team and supporters and the communities we serve.

In the final moments at HBS, I looked around me. Many of my colleagues were in tears as they clapped. It was the second standing ovation of the day. There was a collective buzz of anticipation and possibility. I not only felt lucky to be alive right now but ready to continue building that road to the sun. I think that was the intended Strategic Perspective we were seeking all along. 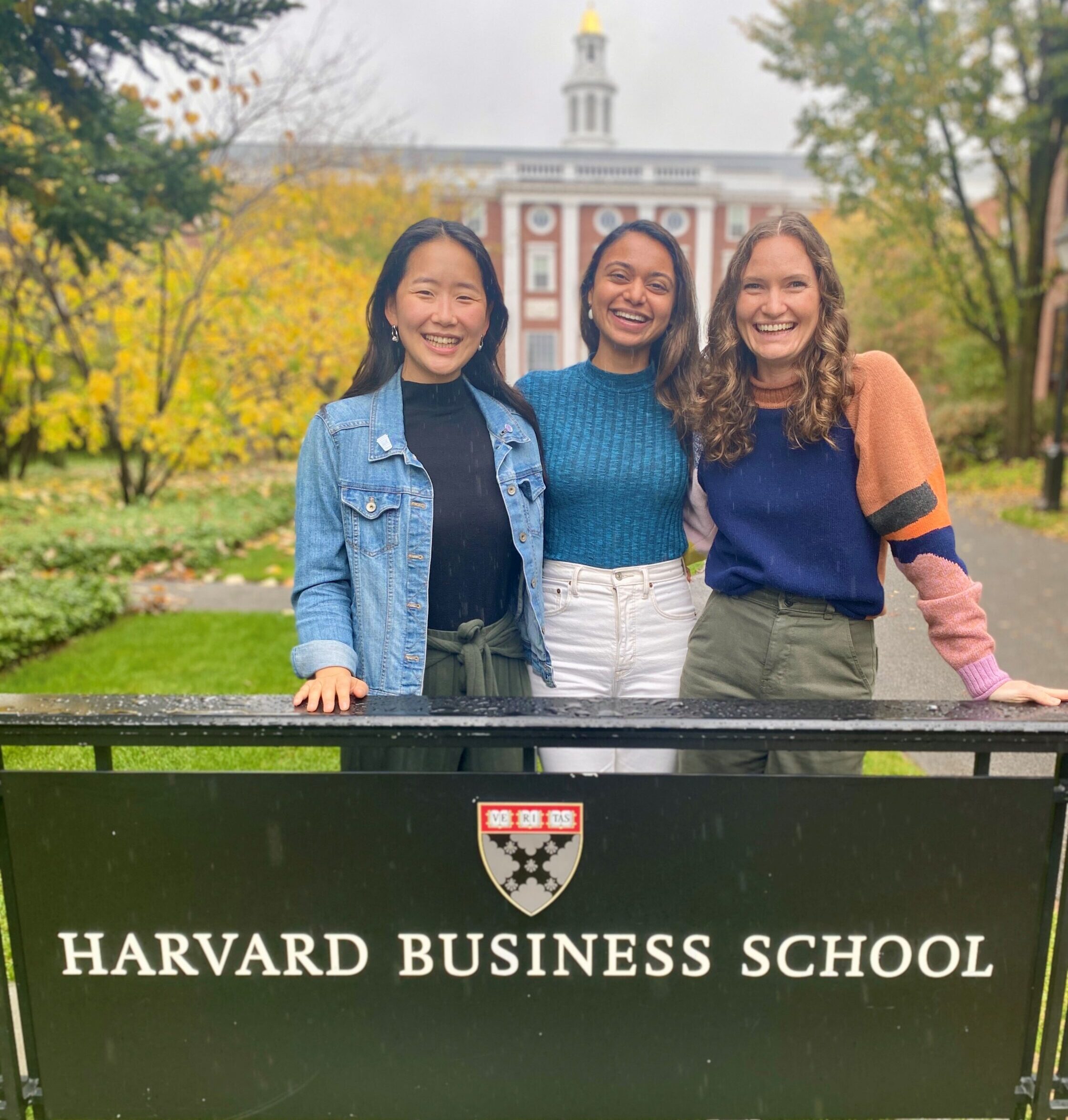 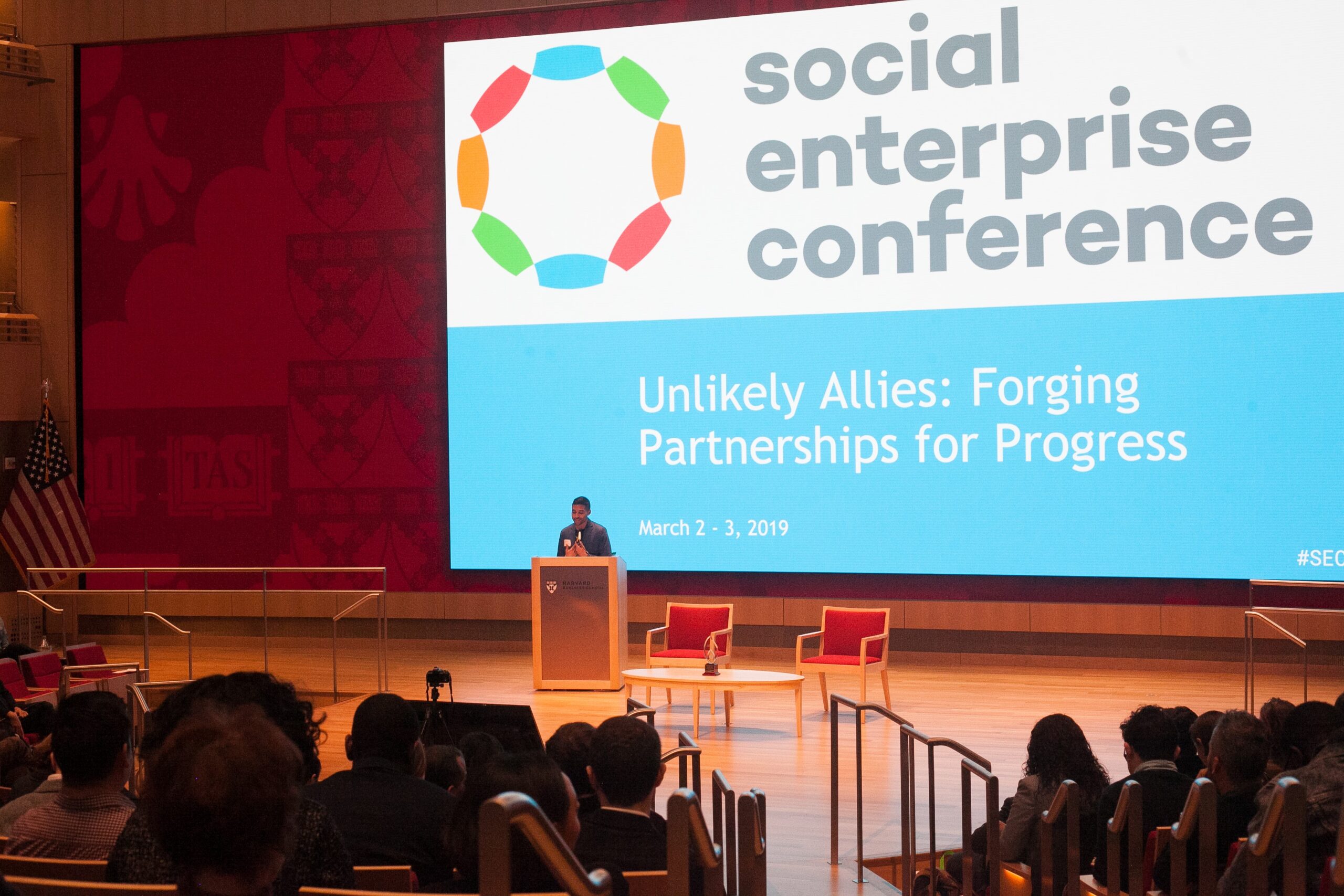